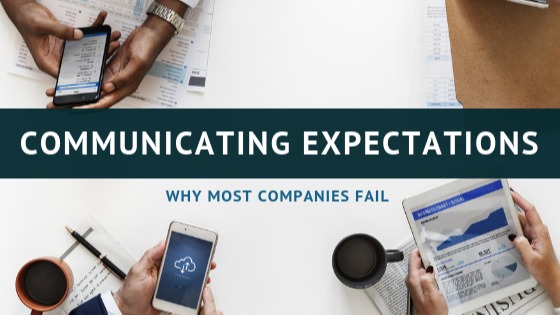 John Perry, the founder of Human Productivity Systems sat down for an interview with Jolly Good Media to talk about his various projects and his own impressive story. In this part John talks about job security and how organizations are often bad at communicating expectations and standards. To see the full interview in all seven parts click here.

This is a lightly edited transcript from the above video.

There are some common challenges that people face that are sometimes industry-specific. One of the things that I find to be in short supply is good feedback about performance.

One of the things I believe to be extremely important is articulating expectations and standards up front so people can make informed choices about whether they are going to meet those expectations or standards. What often happens is we tell new staff to go out and do something wonderful and we’ll tell you when you fail. So there’s almost no affirmation. But if you do something wrong you know right away in most cases. Sometimes they wait until performance review time where they reveal all of the workers stored results so there’s this explosion of passion and the worker is wondering what they did wrong.

One of the biggest things that is missing in most organizations that I serve is good feedback about how you’re doing. That’s because there are very few organizations that do well on the articulation of expectations and standards up front. So the average person is shooting in the dark and hoping to hit something. They'll know when they miss but they don’t often know when they hit.

Employees make their own standards

Not knowing how well you are performing is sometimes troubling and if a person has a high preference for tracking their performance and they have low opportunity to do so – that’s uncomfortable. And so sometimes they create their own measures and if they are not the same measures the boss might have, they may be going down a road that the boss never intended or expected them to go down. And they’re well down that road before any indication that they are which is unfair but it happens often.

Stability in the public sector

Another thing I notice in public agencies is there's a high preference for stability in the workplace. They really want to be secure however, over time, Security has eroded. When I was in the federal government you'd have to hurt somebody to lose a federal government job. Nowadays downsizing and reorganizing sometimes causes people to be unemployed through no fault of their own. I haven't seen much of an erosion in preference for security but I have seen somewhat of an erosion in the availability of security. So that create angst for some people especially when they retrain a high preference for stability. Having your job status change in material ways can be a little scary to people. They might do some weird things just to retain that sense of stability in the job situation. But's usually out of their control

Posted in Consulting and tagged Test