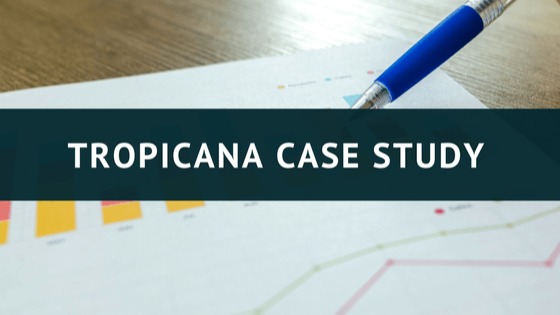 Tropicana, the world’s oldest leading producer of orange juice and related products and the country’s oldest not-from-concentrate brand, was stepping up its global plans along with the appointment of a new CEO, Myron Roeder. Myron’s first actions included a new mission statement and a restructured marketing organization, empowering the company’s field managers.

Previously, Tropicana operated with a single profit center approach, but now the regional general managers and their staffs were to have P&L responsibilities. The intent was to make the 3,500 (worldwide) employees of Tropicana more responsive to the customer.

Myron Roeder, concerned that his organization had heard, understood, and was comitted to the new direction, called upon Swain & Swain to help him confirm that his people were onboard at the outset so that there would be no surprises as plans went forward. Further, Tropicana’s new CEO wanted to develop the most effective communication program that he could, taking into account actual perceptions.

Swain & Swain’s first call went to John Perry at Human Productivity Systems to discuss the appropriateness of utilizing the Environment Assessment portion of the JPEA™ as a stand-alone in this situation. While John was initially skeptical, discussions led both of us to realize the potential value of the Environment Assessment, given the specific interests of Tropicana’s CEO.

There were several things about the Environment Assessment that appealed to us all.

First, the questions were business-oriented. Secondly, answers could be made on a seven-point scale for more subtle readings. Thirdly, the assessment had a tolerable number of questions (not too many, not too few).

Properly introduced, the Environment Assessment was sent to every salaried employee of the company, from clericals to top management, The response rate of 56% was greater than any previous experience at Tropicana. An unexpected bonus was realized when close to 20% of the respondents added comments to amplify their readings on the company’s strategy, their sense of commitment at all levels, resources, communications, rewards, and potential for cooperation within the new organizational structure.

Employees were allowed to complete the assessment without identifying themselves in any way, but 80% elected to provide their names, titles, and functional units. Properly coded, this enabled Valerie McIntyre of Human Productivity Systems to provide Swain & Swain with numerous iterations of the submitted data, enabling line executives to request further breakouts of the findings as they dug into the results.

Tropicana’s management committee was presented with graphic reports of the findings by functional units and levels (e.g. senior executives, vice presidents, directors, managers, supervisors, individual contributors, and clericals), overall comments and recommendations by Swain & Swain. Discussion was made easier by this convenient display.

There were dramatic conclusions to be drawn from the reported data and they included:

In the field organization, the results revealed widely different levels of reaction to the new marketing initiatives and allowed for pin-point discussion with senior marketers and remedial efforts within the field units themselves, In many cases, the respondents were more than eager for the opportunity to express concerns, while management could explore their frustrations or misunderstandings. In a number of situations, the findings sparked constructive exchanges within the units as part of the strategy to achieve more open communications.

A further bonus from Environment Assessment was the detailed profile of reactions to the company’s reward system that highlighted the belief that low or non-performance was a greater concern by people in the ranks than anyone in management understood. This followed in part from the previously paternalistic nature of the Tropicana culture that had developed under the company’s founder and longtime leader. In effect, the employees were expressing disbelief that the culture would permit or support the type of entrepreneurial spirit that top management was calling for in its new organizational structure. In response, management began to re-examine the company’s attrition rate and cash award program.

Overall, the Environment Assessment gained Myron Roeder and his organization an awareness of where each functional unit (by level) was in terms of being committed to the company’s new strategy and a priority guide to action on the management committee’s part to set things right as the company’s growth strategy unfolded in its very competitive marketplace.